So, this is a slightly unusual post. First of all, I need to get rid of the habit of starting every sentence with ‘so’. Mental note made, point taken.

A long time ago (2009), I had just about started a cupcake business from home when suddenly I realised that Valentines Day was near. I was very new to cupcakes and thought that I would quickly make LOADSA money from cupcakes and then happily retire by the time my 30th birthday arrived. That, err, did not happen.

What did happen was that I taught myself basic (basic is the operative word) piping with royal icing, and discovered poured fondant. One afternoon, instead of teaching myself more html, I decided to work on a Valentines ‘range’. That’s right, an entire range. This was the result: 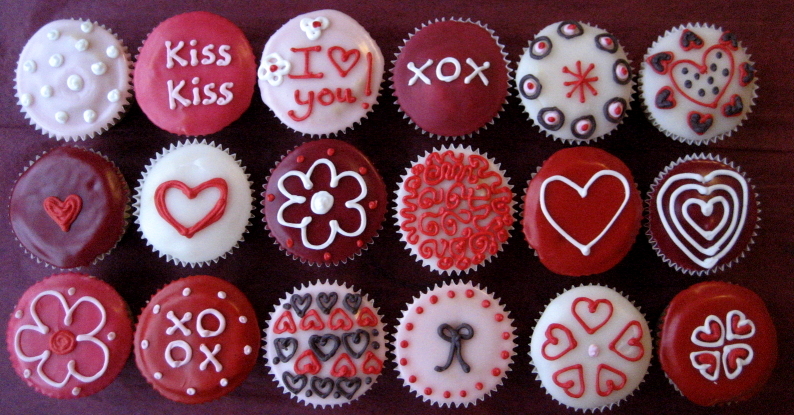 I uploaded this image (and many more) to my Flickr account and waited. So not exactly LOADSA orders, but at least eleven orders (including a birthday order) did arrive from around the country! On February 12th 2009, I baked more than a 100 cupcakes, and started to decorate them with poured fondant, ready to be shipped around the country. It was messy business, but also very pretty.

The pictures were taken with my old point and shoot camera. Might I add again that this was very basic royal icing, I cringe when I see these pictures now!

I boxed the cupcakes up – 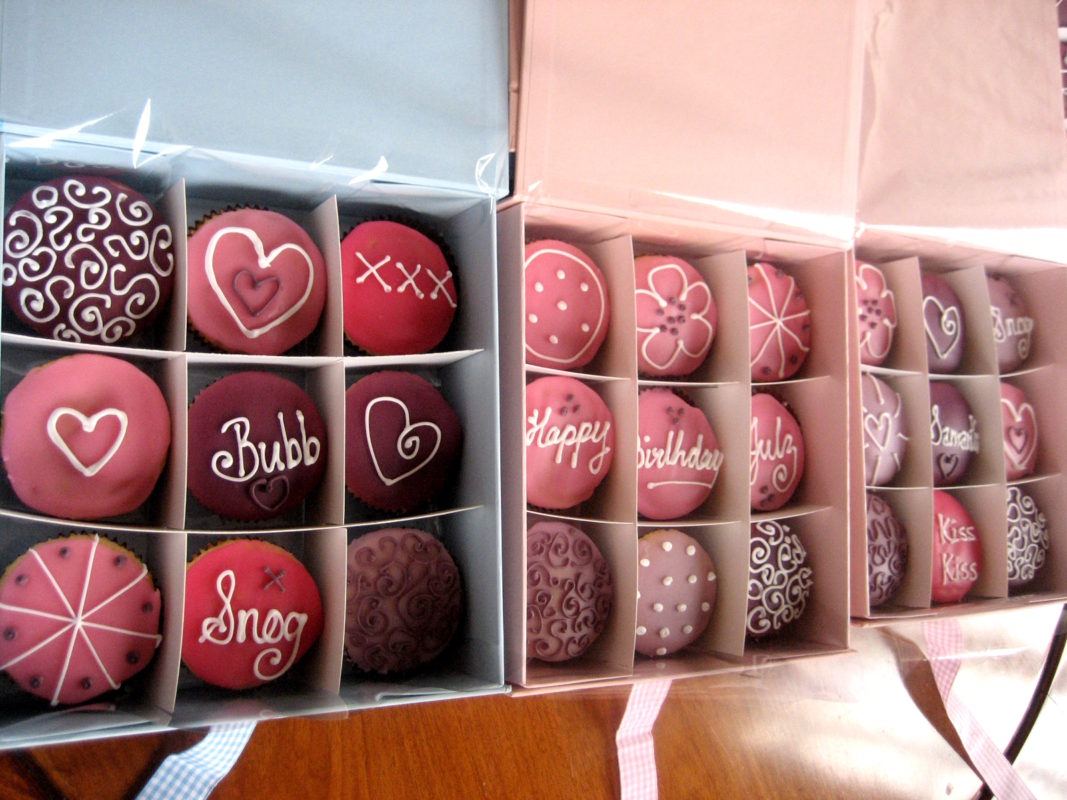 … and they were ready to be shipped. By the way, see that “snog” on a cupcake in the bottom left? I got into trouble for that. The lady who ordered them lived in Australia (I think) and she wanted to get these delivered to her husband who worked in London. She was not impressed. At all.

I also made these buttercream Valentines Cupcakes for a cafe I used to deliver to back in those days. These went down very well! Well, the cafe charged £2.85 for them and paid me 90p, but that is another story indeed. 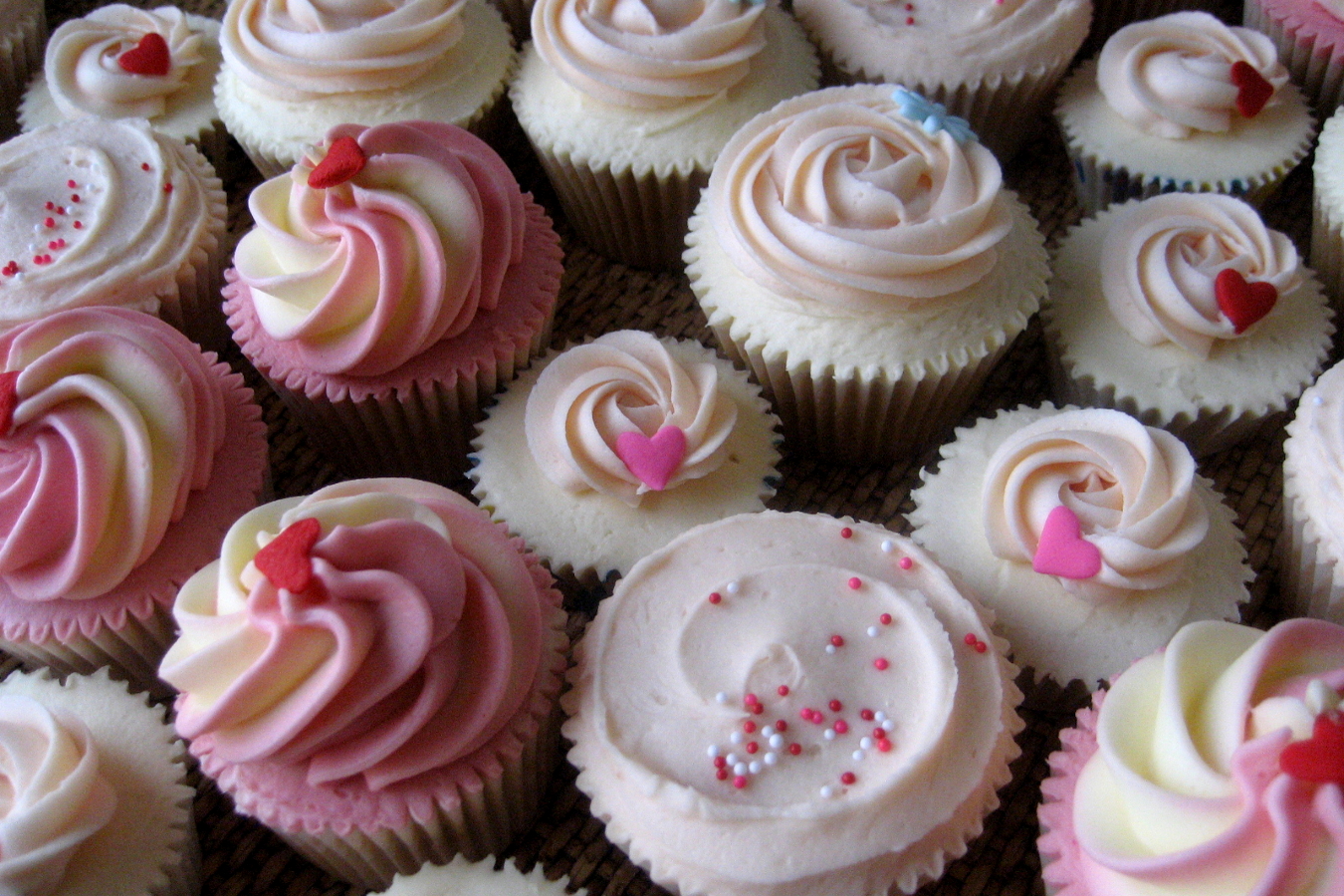 So how come I did not make LOADSA money? The reason is simple. Despite packing up the cupcakes in a box, wrapping it in bubblewrap, putting it in another box full of packing material and sending it by courier after pleading ‘fragile fragile fragile’ on every surface, only 50% of the cupcakes reached their destination unharmed.

One husband had meant the box to be sent to his girlfriend, but it reached his wife instead. Yes, that indeed did happen. The husband tried to blame me for the mixup. He did!

One box arrived with the cupcakes completely smashed, but ‘smelling rather nice of good quality vanilla, so all is forgiven’, I was told.

Did I continue shipping those boxes with cupcakes? Nope!

Moral of the story: I admit defeat. Sending cupcakes by post was not my cup pf tea.

By the way, if you want to learn how Royal Icing is ACTUALLY done, come to Ceri Griffiths’ Royal Icing Masterclass at our workshop, you will not regret it!